I started playing drums at the age of 9, well, my mother’s pots and pans and anything else that would look or work as a drum. I really didn’t have a clue what I was doing early on. I got some lessons from one of my father’s good friends and they were just enough to get me going. We attended a lot of churches when I was young and I watched some drummers play during the services. Later on I joined the school band and started learning more about the basics and it started to make sense how the drum kit worked. I listened to an album my step-brother had called Led Zeppelin II. It was intense! I heard music quite differently all of a sudden and I had to learn how to play like that! I became obsessed with the drums, air drumming in my room all night and playing along to albums all day. I taught myself in the beginning, learning all the licks from John Bonham, Neil Peart, Steve Smith, and many others. 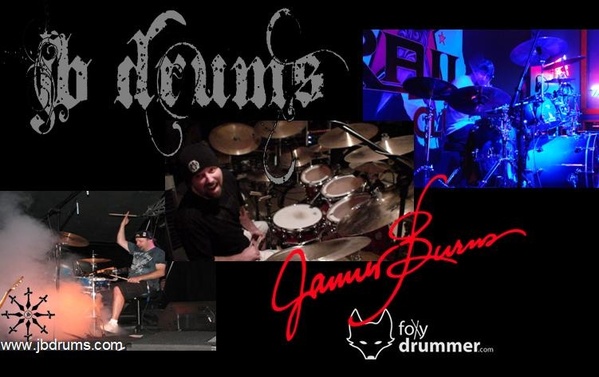 Through my late teenage years I played with many other bands, but none of them ever went very far. I ended up getting a job at a music reproduction company and didn’t realize at the time that it was the best networking move I ever made. I started to put my heart into it again with a renewed passion. My musical tastes started to change, I started listening to drummers like Dennis Chambers, Vinnie Colaiuta, Dave Weckl, Steve Smith and Virgil Donati. I met many musicians and started to gig. I took lessons with different teachers and focused on my technique. It wasn’t until I took lessons from a drummer named Mark Zaragoza that my technique really matured.

Since then, I have always tried to challenge myself musically and continue to work with as many musicians as possible to learn and be creative. So remember, if you love to play, never stop and you will always be happy!